Presented for CPDC-H&I by the Institution of Civil Engineers, Highland Branch 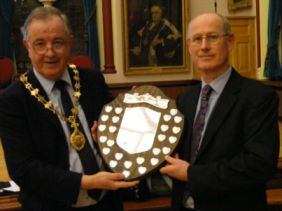 Andrew Ross CEng MICE was educated in Northern Ireland, before attending Edinburgh University. He was with Mott MacDonald for 17 years, both home and abroad before joining British Waterways/Scottish Canals in 1999; he is now Principal Asset engineer, Scotland. Andrew is also a Reservoir Supervising Engineer.

Andrew firstly took us on a journey through the Great Glen of Scotland, describing the construction of the Caledonian Canal in the early 1800’s, major refurbishment of the locks in recent years, and the current maintenance and engineering management of canal structures.

The journey continued on a wider tour of the Scottish Canals network, including the Crinan Canal, the Forth & Clyde Canal, the Monkland Canal, the Union Canal, the iconic Falkirk Wheel, and the reservoirs supplying water to these canals.

Finally, he presented several engineering projects highlighting the work that Scottish Canals is carrying out to maintain and develop Scotland’s canals for future generations.